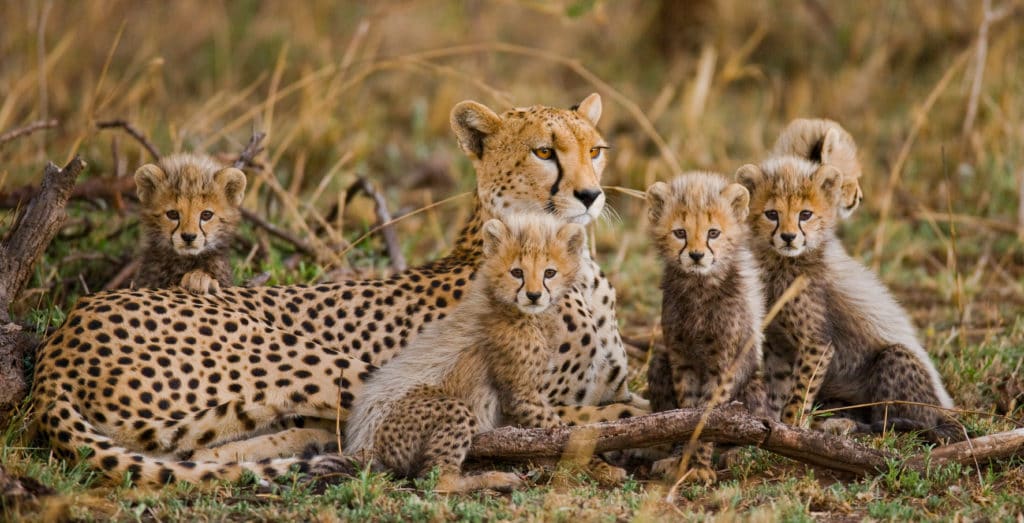 After your climb, we invite you to stay and explore Tanzania’s fascinating wildlife, scenic parks, and warm culture.

Tanzania is known as the best destination for authentic safaris. It is home to many national parks and conservation areas, including two of the most famous and cherished parks in the world, the Serengeti and Ngorongoro Crater.

We offer itineraries from one to six days which visit Tanzania’s best wildlife parks. An expert guide/driver will lead your safari. Our guides have an excellent understanding of wildlife and animal behaviors based on their wealth of experience. They know exactly where to look for animals and how to spot them.

We use durable, well-maintained 4WD Land Cruisers with roof hatches for unobstructed and up-close game viewing. You will have exclusive use of this vehicle and the safari guide on your private trip.

Our safaris include all park fees, meals, in-vehicle wifi, bottled water, and accommodations. 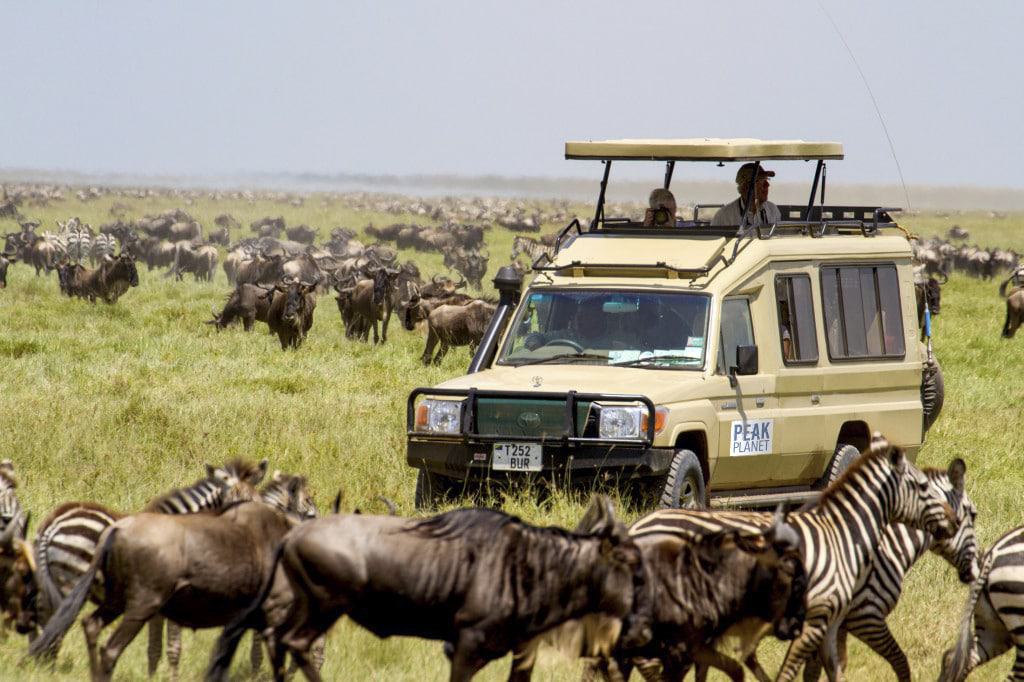 We offer two safari choices to suit both schedule and style: Standard and Luxury. The accommodations for these safaris are a mix of tented camps, standard lodges, and luxury lodges. 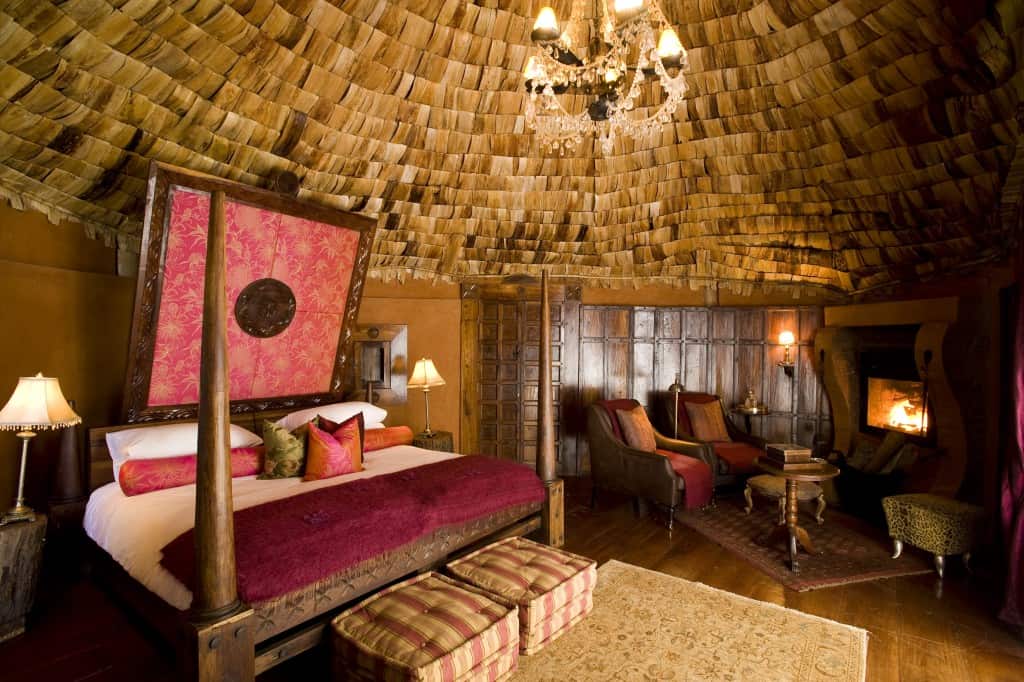 Luxury lodges are the ultimate in terms of location, service, and accommodations. These may be bungalow style or part of a building, but they are almost always situated in the best areas with the best view. 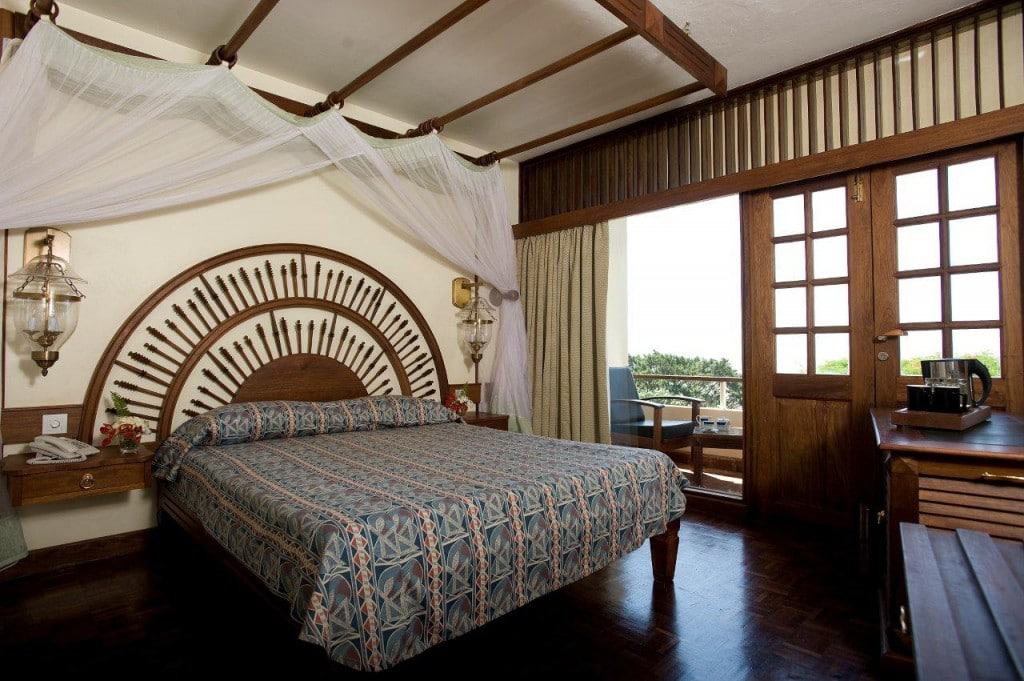 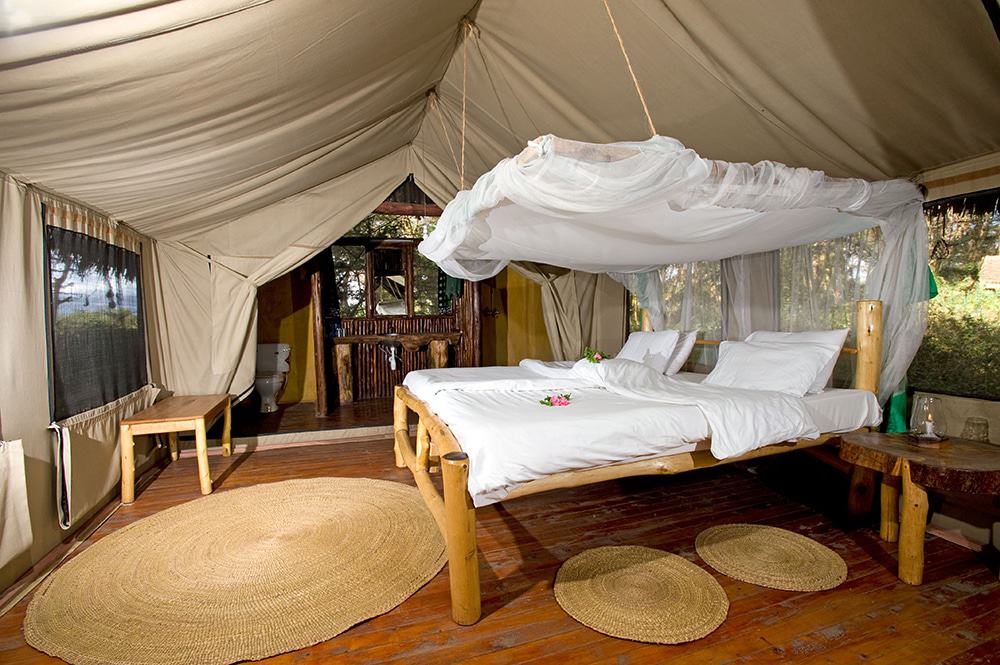 Tented camps are permanent or semi-permanent camps sited in areas of excellent game viewing. These rooms are covered in a canvas tent and include a bed and a bathroom.

Tanzania has the largest amount of land committed only for use as national parks and game reserves than any other country in the world. The diverse landscape of Tanzania provides homes for many different species of animal and birds. 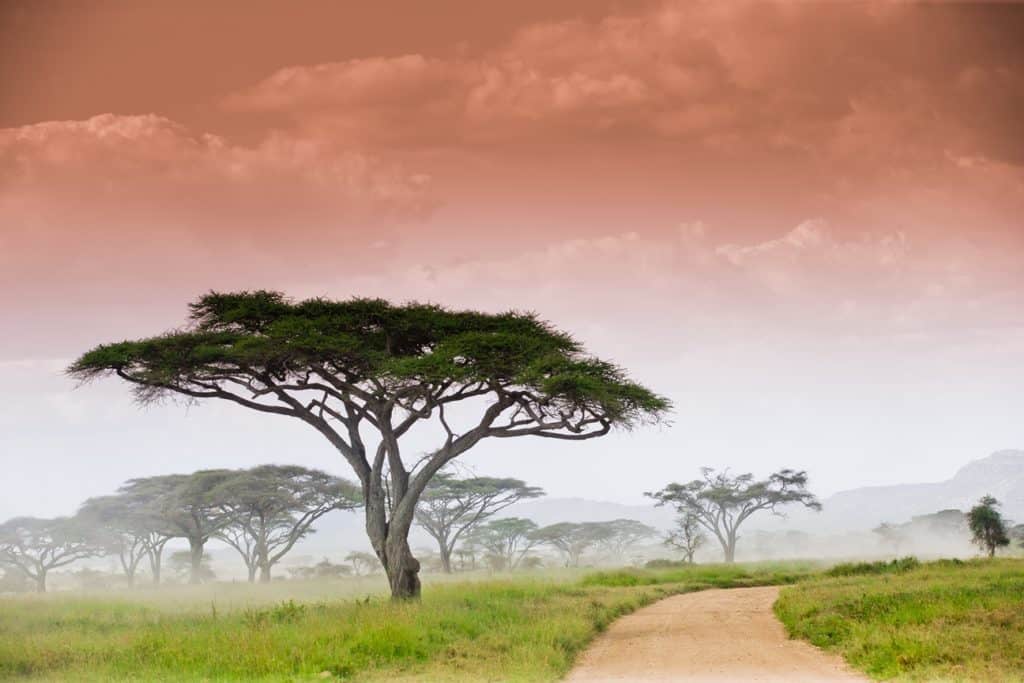 Tanzania’s oldest and most popular national park, also a world heritage site and recently proclaimed a 7th worldwide wonder, the Serengeti is famed for its annual migration, when some six million hooves pound the open plains, as more than 200,000 zebras and 300,000 Thomson’s gazelle join the wildebeest’s trek for fresh grazing. Yet even when the migration is quiet, the Serengeti offers arguably the most scintillating game-viewing in Africa: great herds of buffalo, smaller groups of elephant and giraffe, and thousands upon thousands of eland, topi, kongoni, impala and Grant’s gazelle.

Nearly 5,700 square miles in area, the giant park sees animals roam freely within its massive borders.  A unique combination of diverse habitats enables it to support more than 30 species of large herbivores and nearly 500 species of birds. Its landscape, originally formed by volcanic activity, has been sculptured by the concerted action of wind, rain, and sun. It now varies from open grass plains in the south, savannah with scattered acacia trees in the center, hilly, wooded grassland in the north, to extensive woodland and black clay plains to the west. Small rivers, lakes, and swamps are scattered throughout. 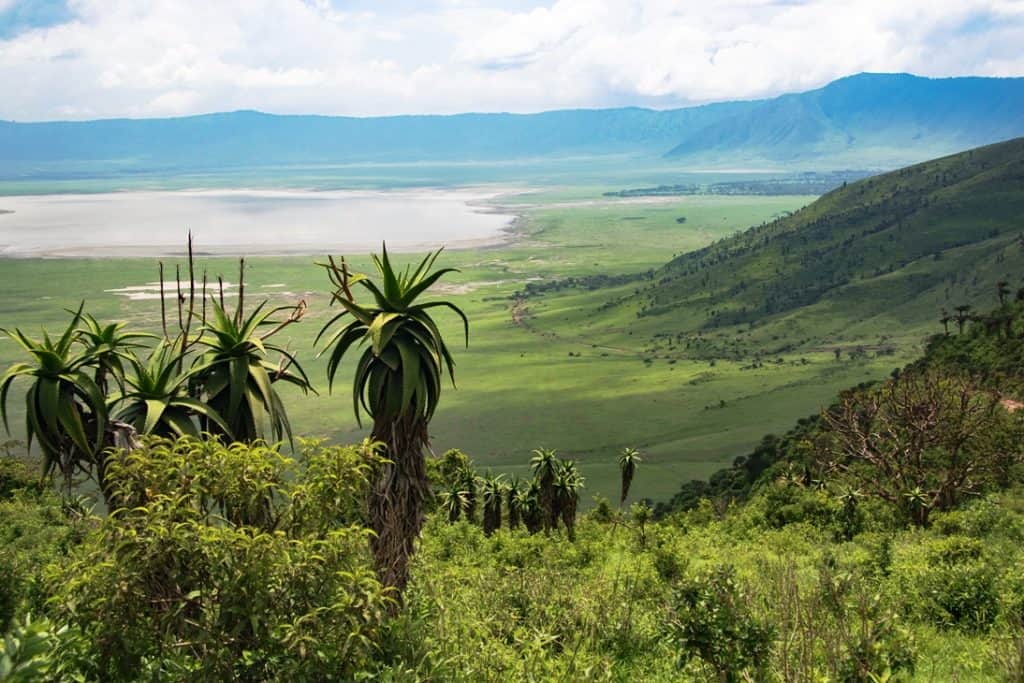 The Ngorongoro Crater is the world’s largest unbroken caldera, and home to more than 30 000 wild animals. The unique topography of the region, whereby one situated at the crater rim can look down onto a vast, circular expanse of grassland, has lead to the Ngorongoro Crater being called the ‘World’s Largest Open Aired Zoo’.

Bordered by a ring of extinct volcanoes, the Ngorongoro Crater is a natural amphitheater where animals tend to remain for the duration of their lives. With the enclosed bowl comprising of a lake, forest and grasslands, there is a rich diversity of species that have come to call this unique environment home – including all of the Big Five as well as hippos, crocodiles, antelopes and an incredible population of birdlife. 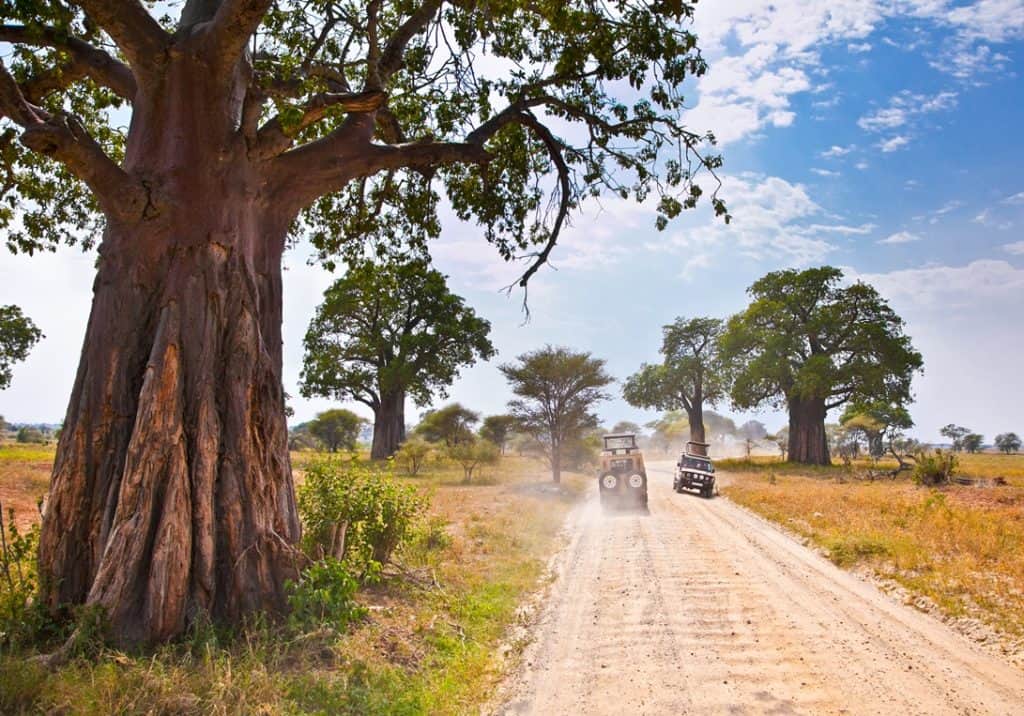 With the surreal baobab trees dominating the landscape of Tarangire, the silhouetted trees provide breathtaking photographic opportunities. Herds of up to 300 elephants scratch the dry river bed for underground streams, while migratory wildebeest, zebra, buffalo, impala, gazelle, hartebeest and eland crowd the shrinking lagoons. It’s the greatest concentration of wildlife outside the Serengeti ecosystem – a smorgasbord for predators. 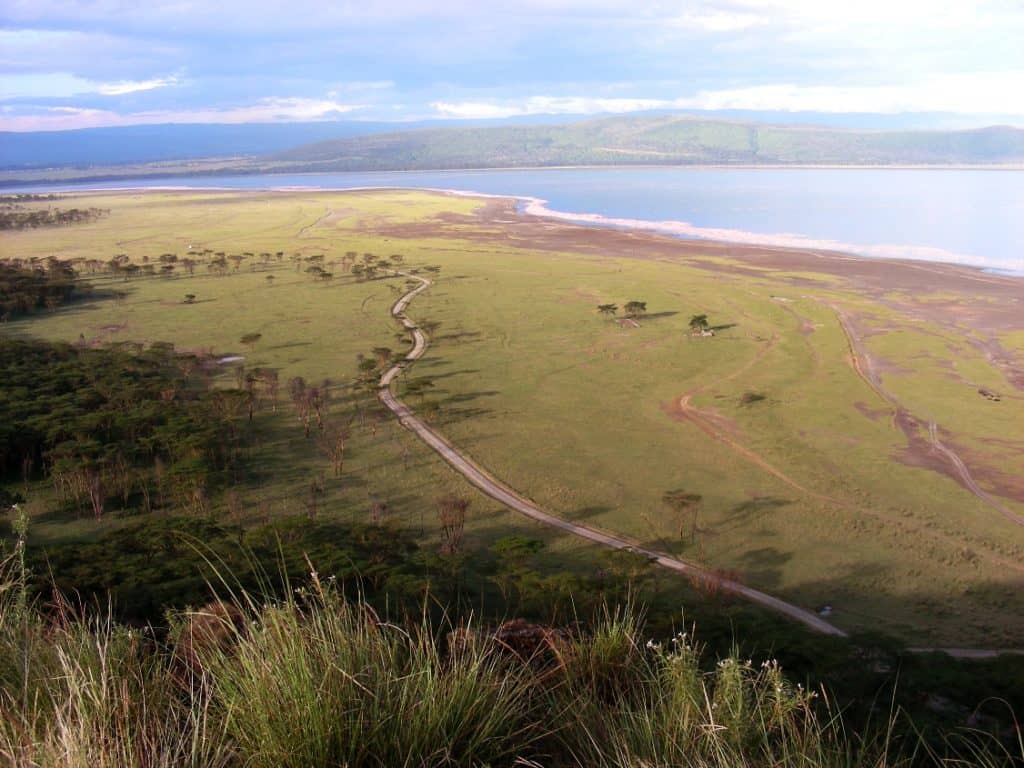 Lake Manyara National Park is two thirds actual lake. This aquatic haven is an expanse of acacia woodland and groundwater forest and was formed by a gigantic fracture in the Earth’s crust millions of years ago. The shallow alkaline waters of the lake support a plethora of wildlife species and are most famed for its elephant, flamingo and tree-climbing lion populations.

Lake Manyara is a scenic gem, with some of the most spectacular views in all of Africa. Ernest Hemingway stated that its landscape was “the loveliest I had seen in Africa”. The compact game-viewing circuit through Manyara offers a virtual microcosm of the Tanzanian safari experience. 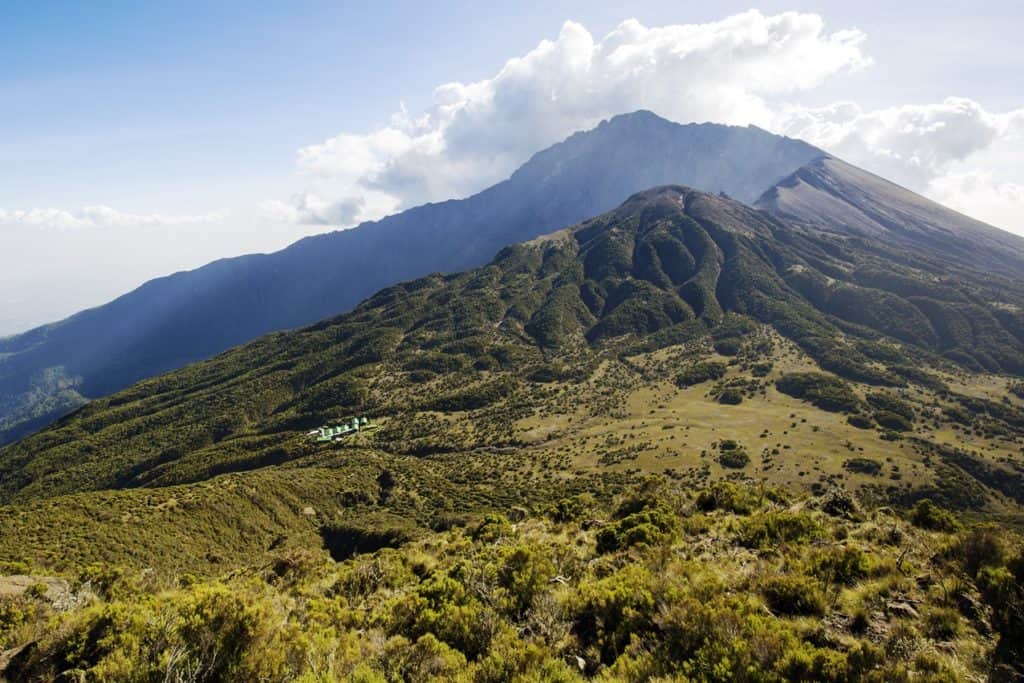 Arusha National Park is a multi-faceted jewel, often overlooked by safari goers, despite offering the opportunity to explore a diversity of habitats just 40 minutes from Arusha town. The park is made up of three particular features: lush swamps of the Ngurdodo Crater, changing colors of Momela Lakes and rugged alpine peaks of Mt Meru. Habitat ranges from highland montane forest to lowland swamp.

It is famous for its 575 species of bird life, both migrant and resident. It is the only place on the Northern Circuit where one can easily find the black and white colobus monkey. Other animals frequently seen in the park are baboon, giraffe, buffalo, hippo, hyena, warthog, zebra and many antelope species.