By Peak Planet
Posted November 7, 2018
In Blog, News
Ed Linz is on a Mission to Break the World Record to Honor His Heart Donor2018-11-072019-11-19/wp-content/uploads/pp-logo-horizontal-color.pngPeak Planethttps://peakplanet.com/wp-content/uploads/edlinz-appalatian-trail.jpg200px200px 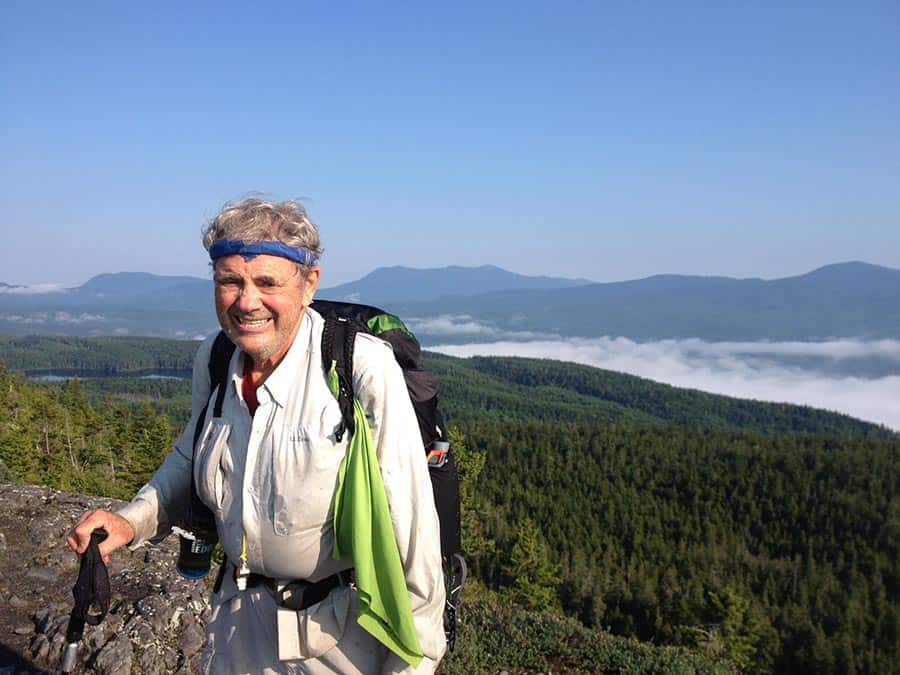 Springfield, Virginia – In May of 1995, Ed Linz hiked to the bottom of the Grand Canyon, camped overnight, then hiked up the Bright Angel Trail as an act of celebration proclaiming that “he was back.” Just 8 months earlier, Linz had been near death due to a rare disease, cardiac sarcoidosis, which had damaged the electrical conduction system in his heart. Although he had no symptoms, at age 47 he was diagnosed with this fatal disease in early 1991 and given two years to live. As the predicted symptoms developed, Linz, a high school Physics teacher and retired Captain of a nuclear submarine, became progressively weaker. By early 1994 he could no longer walk across a room, much less teach. In June 1994 he was hospitalized and assumed that he would soon die. 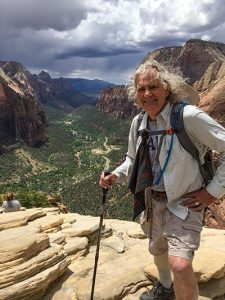 His physicians told him, “We may be able to get you a new heart, but there are few out there.” Linz spent the next three months on the brink of death, being kept alive in a special unit in Fairfax INOVA hospital with multiple IV’s and powerful medications while waiting for a heart. His prayers were answered on 9/9/94 when a nurse rushed into his room smiling, “Mr. Linz, we have a heart for you.”

The transplant surgery went well, but 36 hours later, his lungs and kidneys crashed due to side effects from the powerful drugs which had been keeping him alive, and Linz went into a coma. He spent the next three weeks unconscious in the Intensive Care Unit where doctors and nurses worked around the clock to keep him alive. Their efforts were rewarded when Linz finally woke; he was still in serious condition, but slowly regained strength. Ten days later he hobbled out of the hospital, determined to regain conditioning and to resume teaching and coaching (Physics and cross country).

Linz vowed to do everything possible to honor the memory of his donor whose heart he was now carrying. For the first two years, all he and his family knew was that the donor had been a 33-year old woman who had suffered a brain aneurysm. At the request of the donor family, Ed and his family eagerly agreed to meet with them in the spring of 1996. Here he learned that his donor’s name was Monica and that she had worked for the U.S. Department of State.

Following his 1995 hike in the Grand Canyon, Ed wrote a book about his family’s experiences during the transplant ordeal (Life Row, A Case Study of How a Family Can Survive a Medical Crisis). He resumed coaching almost immediately and was awarded Coach of the Year in the Washington, D.C. metropolitan area in 2002. He also began hiking in local parks and in the Shenandoah Mountains.

For the past 15 years, Linz has hiked on trails in all sections of the U.S. and in many countries abroad. He has hiked on the Appalachian Trail (A.T.) in each of its 14 states, including the final 120 miles in Maine. He has ascended the summits of both the north and south terminal points of the A.T. and continues to hike sections in Maine every year. Some of the foreign hikes have included Peru, Chile, Argentina, Morocco, Sicily, Vietnam, Australia, New Zealand, and Central Europe.

During a recent safari in Tanzania, Linz met a young woman who had just completed hiking Kilimanjaro with a trekking company, Peak Planet. His discussion with her created what he described as a passion to be the first heart transplant recipient to climb Kilimanjaro. In a recent interview he discussed his thoughts:

Although each of my previous hiking adventures has been wonderful (and challenging), I am determined to summit Kilimanjaro to honor my heart donor, Monica, who gave me the most wonderful gift of life. Without the generosity of her family in such a time of grief, none of what I have been able to accomplish working with so many students and athletes during the past 25 years would have been possible. I want to inspire everyone throughout the world to sign up to become an organ and tissue donor. 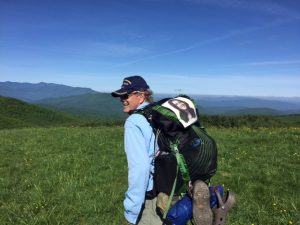 When asked why he chose Peak Planet to assist him in his quest to summit Kilimanjaro, Linz stated, “I have chosen Peak Planet to guide me not only because of the glowing recommendation that the young woman in Tanzania gave me but also because in my research I found that they have a long history of safety and professionalism on Kilimanjaro. They were the ones who guided the oldest hiker to summit, and all the research I have done suggests that they will be the perfect fit for me in my 75th year.”

On January 13, 2019, Linz begins his Kilimanjaro adventure on the Lemosho Trail with Peak Planet.

Edwin Linz has written a textbook, Team Teaching Science (2011) and a novel, Hurtling to the Edge (2015) Linz also writes a weekly column under the pen name, Eyes Right, which is archived here: www.eyesright.us