You probably know that Mt. Kilimanjaro, at 19,341 feet, is Africa’s tallest free-standing mountain. But here are 10 facts about Kilimanjaro that you might not know:

1. Colonial conquest. German geographer Hans Meyer was the first European to reach Mt. Kilimanjaro in 1889. He was accompanied by Austrian mountaineer Ludwig Purtscheller and local guide Yohani Kinyala Lauwo. Their famous accomplishment came at a time when Germany and Great Britain were fierce rivals to colonize East Africa, and it was seen as a symbol of colonial prowess. The feat followed two failed attempts in 1887 and 1888. In 1887 Meyer reached only the summit of Kibo before having to turn back because he wasn’t equipped for the ice and heavy snow. In 1888, he and cartographer Oscar Baughmann were captured by rebels during the anti-colonial Abushiri Revolt. Twenty years would pass before another European would reach the summit. 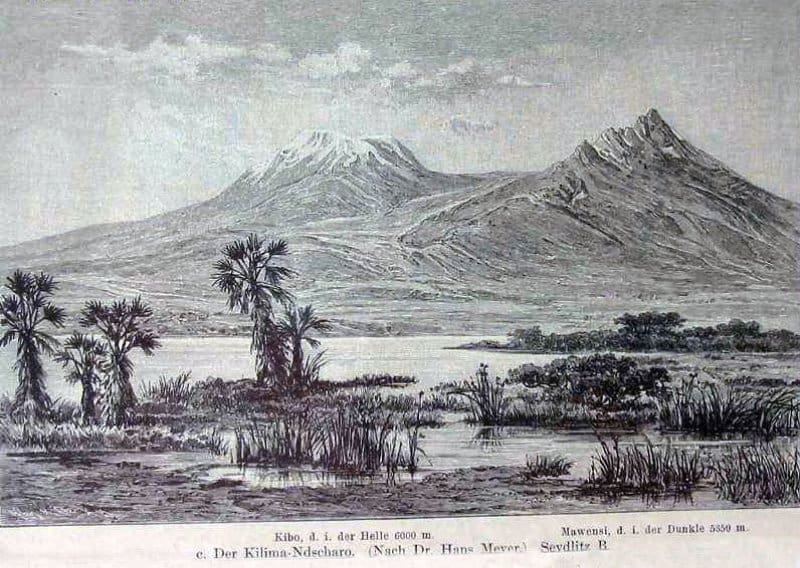 2. Not a mountain. At least in the technical sense, in the way mountains were formed through tectonic plate shifting. Rather, it developed from layers of accumulated fallout from a volcanic eruption about a million years ago. It consists of three volcanic cones: Shira at 13,000 feet, then Mawenzi at 16,893 feet, and Kibo as the summit. Shira and Mawenzi are extinct, meaning they can’t erupt again, but Kibo is merely dormant. It was last believed to have erupted majorly 360,000 years ago, and some volcanic activity was recorded 200 years ago.

3. Disappearing ice. While there is some debate over the origins of the word, “Kilimanjaro,” many people agree that it comes from the KiChagga word for “white” because of its famous snow-capped peaks. Meyer was initially unable to convince people back home of the snow because Kilimanjaro is so close to the equator. But unfortunately, global warming is melting the snow at a rate that could cause its total disappearance by 2022 to 2033. Kilimanjaro lost 85 percent of its ice from 1912 to 2011, and the rest cold be gone by 2020, according to NASA. 4. Economic impact. Tanzania is one of the world’s poorest countries, so the country welcomes the roughly $50 million generated by an estimated 40,000 Kilimanjaro climbers each year. An estimated $13 million, or about 28 percent, is believed to directly reach the poor. About 90 percent of all the food and drink consumed by climbers comes from local farms and markets, and 50 percent of spending on souvenirs and crafts – about $170 per tourist on average — goes directly to local artisans. Each year, about 10,000 jobs are created for porters, 500 jobs for cooks and 400 jobs for guides.

5. Climate zones. One of the most fascinating and unique things about Kilimanjaro is that you enter six different climate zones from the base to the summit. At the bottom, from about 2,600 feet to 6,000 feet are cultivated areas. Water from underground, coming from the higher rain forest, allows crops and grasses to be grown here. Next comes the heath, at 9,200 feet to 11,000 feet. The beginning of this zone is characterized by mist and fog but it soon transitions into a cool and clear area of heather other plants that include many grasses and artichoke-like Protea. From 11,000 feet to 13,200 feet is moorland, where you’ll find lobelias and senecios, perhaps Kilimanjaro’s most well-known plants. The next zone, the alpine desert, spans from 13,200 feet to 16,500 feet, where temperatures can range from freezing at night to more than 100 degrees Fahrenheit in the day. There is little water and the soil is very thin, allowing only the heartiest of plants to survive, including tussock grasses and moss balls. The sixth and final zone, the summit, contains air whose oxygen level is about half of what it is at sea level. The thin atmosphere provides barely any protection from the sun’s harsh rays. As you can see, Kilimanjaro climbers should bring clothes for all kinds of weather. 6. Mount Meru. Climbing Kilimanjaro is on many hiking enthusiasts’ life list. But not many know about Tanzania’s smaller mountain, Mount Meru, located in Arusha National Park. (This is not to be confused with Meru Peak in the Himalayas, the subject of 2015 documentary entitled Meru.) Mount Meru stands at nearly 15,000 feet and can be climbed in 3-4 days. Unlike Kilimanjaro, there are no crowds here and the trip serves as a great acclimatization hike to improve your chance on Kilimanjaro.

7. Fastest ascent. The fastest verified solo, unsupported ascent and descent of Kilimanjaro was accomplished by Simon Mtuy, of Tanzania. He made the round trip in just 9:21:47 on Feb. 22, 2006, according to the Guinness Book of World Records. The fastest supported ascent and descent was done by Swiss-Ecuadorian Karl Egloff, who finished the roundtrip in just 7 hours and 14 minutes in August 2014. 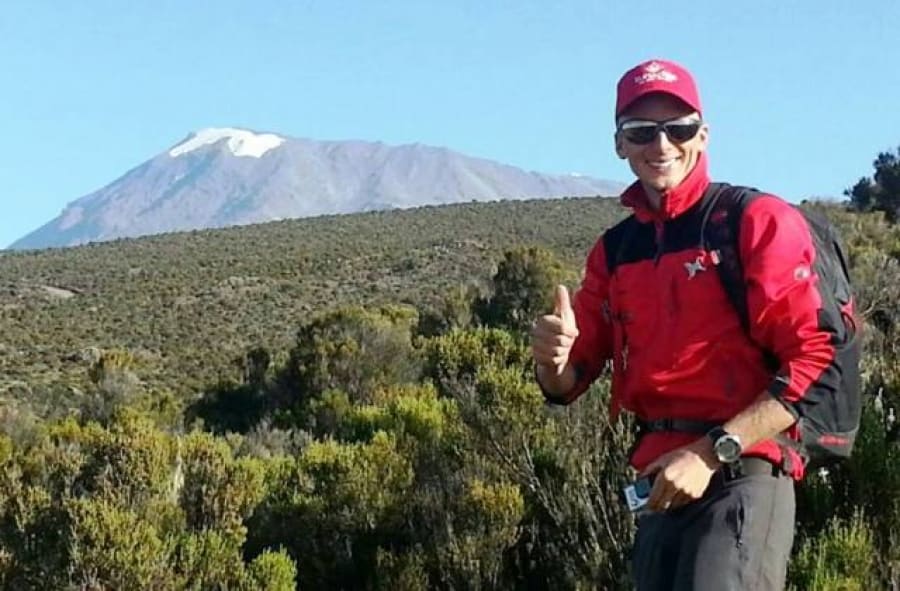 8. Not just for people. An abundance of wildlife, including elephants, monkeys, mongooses and honey badgers, populate the forests in Kilimanjaro’s lower zone. Spotting them is rare because there are plenty of trees and bushes for cover, and they tend to shy away from people anyway. Of course, animal sightings become increasingly rare as you ascend. But in 2001, a group of climbers reported spotting a stray dog all the way up at Uhuru Peak. “When the tourists showed us the picture of the dog, we could not believe it,” guide Abel Edward said. “How did it survive such freezing cold and what was it eating?”

9. Flying leaps. It takes the average climber more than a week to reach Uhuru Peak. But there’s a much faster trip down. In recent years, a growing number of people have paraglided off the top. A group called Wings of Kilimanjaro was the first to legally make the incredible flight in 2013 and now returns each year. The Tanzanian government grants them permits to paraglide from the mountain in exchange for money the group raises for WorldServe International, a nonprofit that works to supply East Africa with clean water. They’ve raised more than $625,000 to date.

10. Roll down. After summiting, climbers descended Kilimanjaro in another new way in 2013. The first ever permits were issued to people who wanted to mountain bike down the mountain as part of a fundraiser, also for WorldServe’s clean drinking water projects. 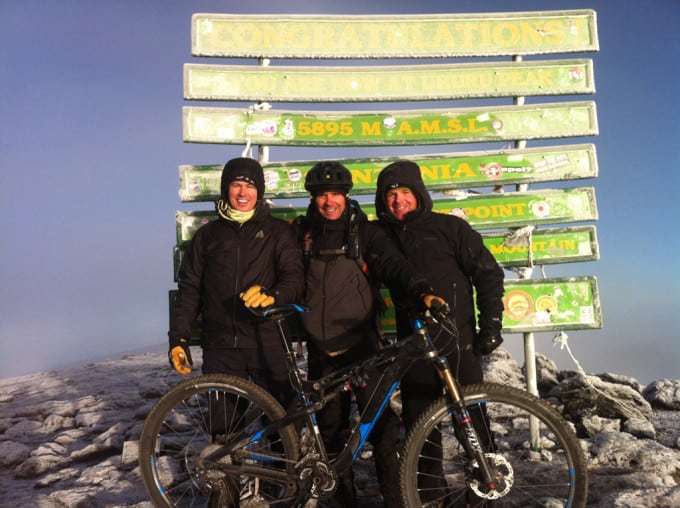