George Mallory, an English mountaineer, was asked by a reporter in 1923 why he wanted to climb Mount Everest. At the time, no one had ever been to the top of Everest. Mallory had participated on two expeditions on the world’s tallest peak, but failed to reach the summit both times.

He replied, “Because it’s there.” Mallory explained, “Its existence is a challenge. The answer is instinctive, a part, I suppose, of man’s desire to conquer the Universe.”

When people make the decision to climb Mount Kilimanjaro, one of the Seven Summits, the reasons vary. Some people do it on a whim, without much thought. It could simply be that someone asked them to come along. Or they were traveling in Tanzania already. For others, the choice is much deeper. It could be a personal achievement. Or to honor someone else or a certain cause.

“Why did you climb Kilimanjaro?”- We posed this question to each of our Peak Planet blog authors.

Read on to find out what they said. 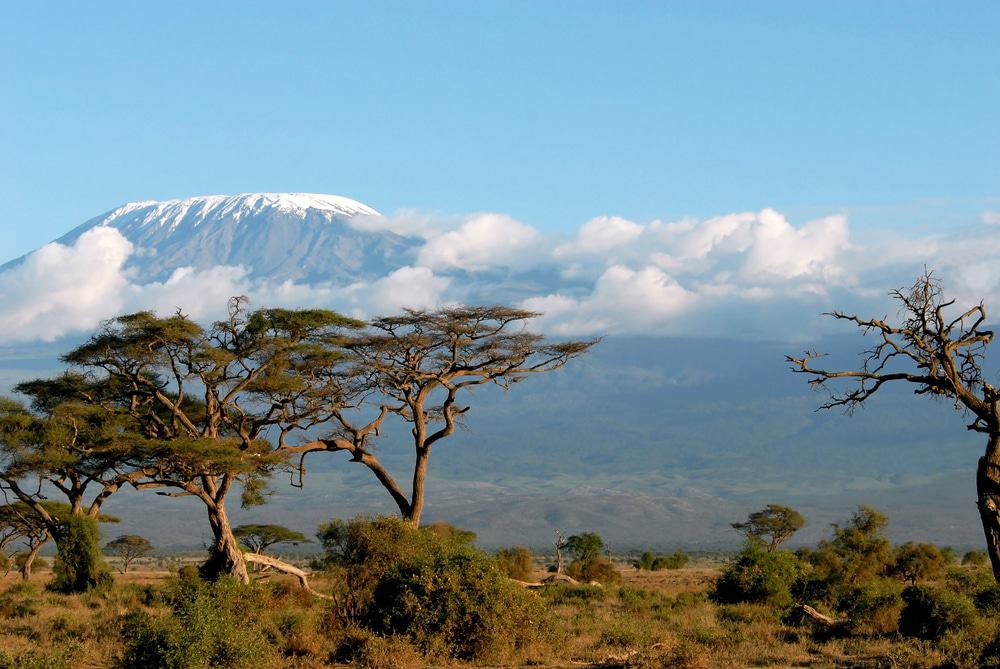 Climbing Mount Kilimanjaro was never on my radar.

It wasn’t even something I had considered until I was flying to Tanzania for a safari trip and sat near a couple that was gearing up to do it. The domineering mountain reaching high into the sky from the flat safari plains where elephants, giraffes, lions, leopards, buffalos, and many more animals roamed seemed purely mystical. The height of the mountain was intimidating.

However, Mount Kilimanjaro had always been a dream of my husband’s. He always happily joins me on my travel ideas. So when he said that he wanted to climb Kilimanjaro, I jumped on board.

Once we set out to attempt summiting the world’s highest freestanding mountain, we read as many blog posts as we could find. We wanted to manage expectations and learn everything we could about the mountain to increase our likelihood of success. The fact that no technical mountaineering skills are required along most routes made summiting seem within our reach.

We relied heavily on Henry Stedman’s book, Kilimanjaro – the trekking guide to Africa’s highest mountain, and correspondences with Peak Planet. We communicated extensively with the staff at Peak Planet before our climb to ensure we were prepared.

I was concerned about how my body would handle being at such a high altitude. We followed Peak Planet’s advice on how to train properly to give our body’s the best chance of success. We knew selecting a quality outfitter, such as Peak Planet, increased our chances of reaching our goal.

Living in a tent for a week, and especially at high altitude, made me anxious. I had done multiple-day extensive hikes previously, but none that completely removed me from everyday modern luxuries for several days in a row. Peak Planet alleviated these concerns by making the journey as comfortable as possible with warm leak-proof tents, a foam sleeping pad, a private toilet tent at camp, and by preparing delicious, hot and nutritious meals.

While hiking Mount Kilimanjaro hadn’t initially been a dream of mine, it certainly became mine in the months leading up to our journey as we prepared our minds and body for what was in store for us.

Thanks to the dedication and expertise of Peak Planet, we accomplished our goal. It’s an experience we will forever cherish.

“I was enchanted and excited.” – Kimberley Phillips 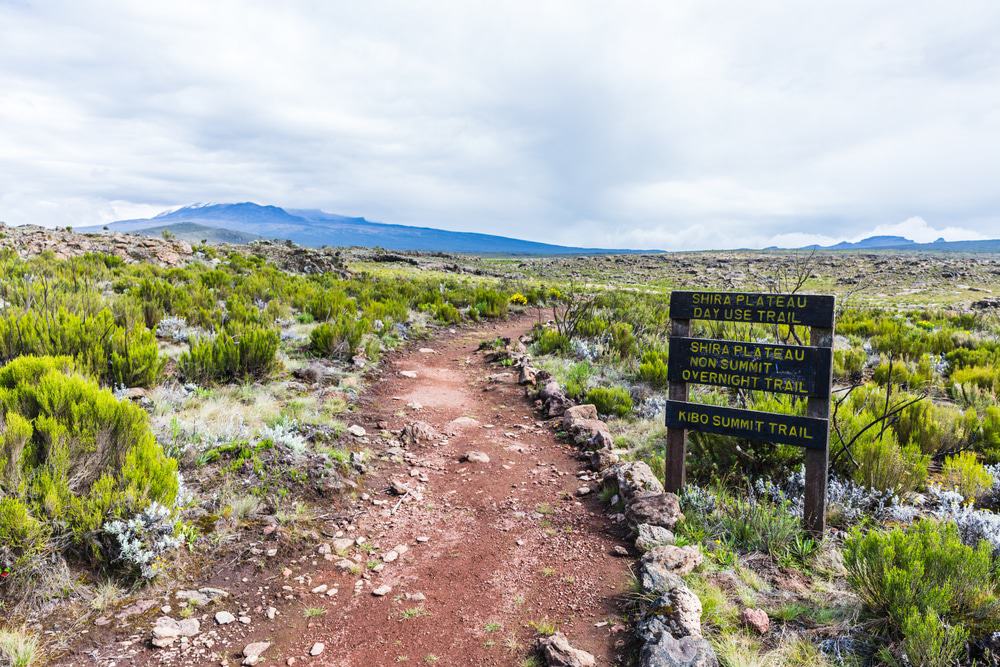 My friend Mike and I would often go hiking together. Mostly this was on the trails of a local park system, but we also did some big multi-day backpacking trips together. During those hikes our conversations would frequently be about our travel and trekking dreams. One day, he suggested we go to Tanzania and try to summit Mount Kilimanjaro.

While I had heard about the mountain, I had never seriously considered it, as I assumed it was too expensive, required technical climbing experience, and was beyond my physical abilities.

But I was intrigued by Mike’s idea, so I started reading and doing research.

I quickly learned that while proper training – cardio, strength, and flexibility – was necessary, technical climbing experience was not.  There are no sections on the mountain that require ropes, harnesses, or specialized climbing equipment.

The altitude seemed to be the most challenging aspect, which isn’t something one can really prepare for. Hiking slowly, increasing the acclimation time on the mountain, and taking a medication called Diamox could make altitude sickness less likely. I knew this was something I could attempt as long as I was properly trained. I quickly became enchanted and excited about climbing Kilimanjaro.

I started saving money for the trip. Guided climbs up Kilimanjaro are reasonably priced, but not cheap, so I began putting aside money each month for the trip.

I continued researching the experience and the different routes one can take.  I learned the scenery would be varied and beautiful. I enjoy trekking and seeing beautiful landscapes, trying to spot birds and other wildlife – for me the journey is often more important than the destination. I was excited there would be diverse and ever-changing climate zones during my trek, regardless of the route I chose.

I also was eager to travel to East Africa and learn some of the rich culture and history. While climbing Kilimanjaro isn’t regarded as a cultural immersion, I knew that by getting to know my guide I would learn a little about the region and its people.

Of course, the ability to easily go on safari or spend a few days on the beach in Zanzibar post-climb made the trip planning even more exciting. As traveling to Tanzania from the U.S. would involve several long flights, I figured I should make the most of my adventure. So, I saved even more money to make all these experiences possible.

Just over a year later I was in Tanzania, fulfilling this dream!

“It was never a question of whether I’d go to Africa, but when.” – Ed Patrick 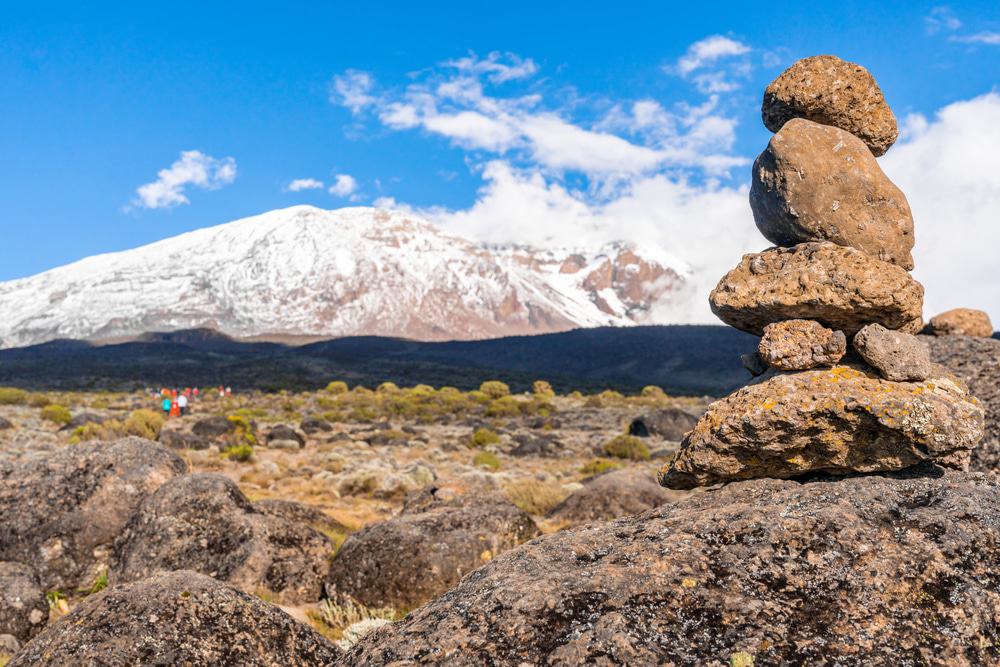 Since I can remember, I wanted to visit Africa more than any other place on earth.

Whether it was a song on MTV about “the rains down in Africa,” a discussion in middle school about the pyramids of Giza, or a documentary about the immense diversity of wildlife on the Serengeti, there was always something new adding to Africa’s allure.

I yearned to experience firsthand its wildness, hear its music, meet its people and soak up as much culture as one possibly could. It was never a question of whether I’d go to Africa, but when.

In the fall of 2013, my lifelong dream to visit the African continent began its shift toward becoming a reality. During the year and a half prior, my then girlfriend (who had been to Africa twice while studying music/dance in college, and who had affirmed my insatiable longing to go was indeed justified) and I had been pursuing a goal to climb all 46 Adirondack High Peaks in our home state of New York.

We were still relatively new to climbing, but our love for the mountains was growing exponentially with each passing hike. While at the birthday party of a good friend of ours, he informed us that his sister-in-law (who we’d never met) had successfully climbed Kilimanjaro and politely nudged us to talk to her about it.

After consuming just the right amount of beer, we timidly approached her and introduced ourselves. It quickly became evident that she’d been given more than a few details about our mountainous endeavors, and was as excited to hear about our experiences as we were to hear about hers. Throughout the conversation she recounted in great detail how spectacular the climb was. She used the word “magical” to describe her experience on the mountain.

My friend’s sister-in-law went so far as to say she felt a spiritual connection to it by the end of the climb. She also shared that it was one of the few places in the world you could still experience every climate zone over a few-day span, and that the glaciers flanking the crater’s edge were shrinking, so any would-be plans should be made sooner rather than later.

By the end of that conversation, we knew exactly what my first visit to Africa would entail. Shortly thereafter, we booked our trip with Peak Planet to climb Africa’s iconic mountain.

Throughout the next year we continued hiking in the Adirondacks. By mid-September, we had climbed the remainder of the Adirondack High Peaks and became Adirondack “46ers.”  Following the completion of our 46, many of our friends had quietly been placing wagers that I’d propose on our final peak. I could only awkwardly laugh the blunder off, as we’d spent so much time planning our last 24 climbs, proposing hadn’t even occurred to me.

After a few more of those awkward conversations with friends, I was armed with the only source of motivation I’d need to make sure my girlfriend and I had our moment at the top of Kilimanjaro.

I proposed to her at the summit – and she said, “YES.”

“It would be a real, proper adventure.” – Karen Vielle 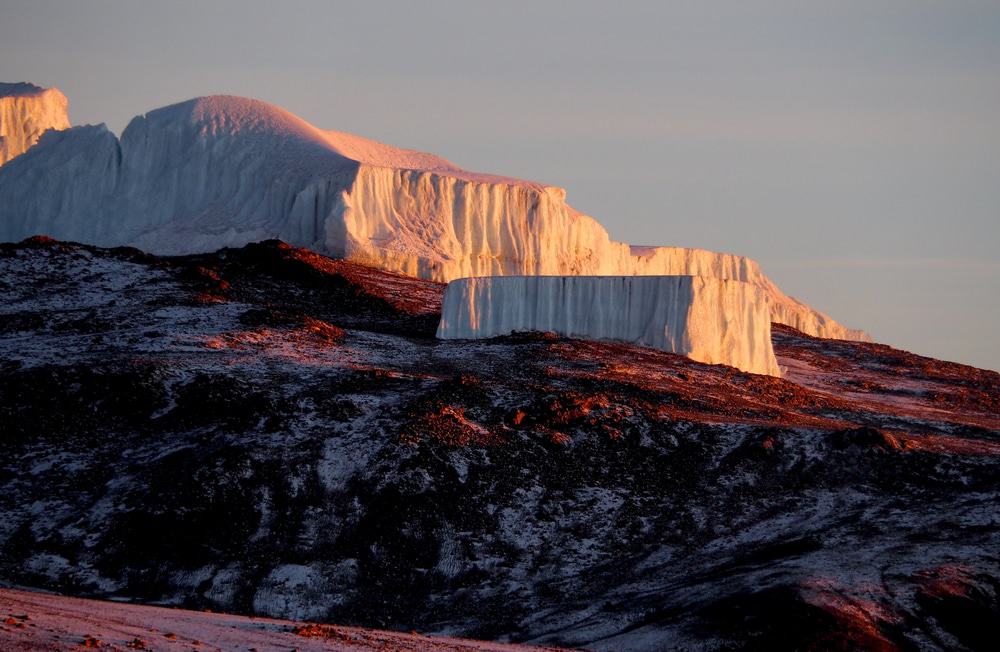 Years ago, I sat in the audience of an inspiring presentation by a woman from my own hometown. She, at the time, was the oldest woman to have completed the seven summits.

It all started when she joined a group to hike to the top of Kilimanjaro and realized she had just climbed the highest point on the African continent. She went on to successfully summit the highest mountains on every continent, including Mount Everest.

I’m an avid hiker and climber and I’m a little embarrassed to say that Kilimanjaro was not even on my bucket list. As interesting and inspiring as her presentation was, I never thought that I would someday climb it. Traveling all the way to east Africa to climb a mountain seemed too exotic and far away.

Sometime later, however, on a trip hiking the Inca Trail, I made friends with a young woman from Scotland who was in our small tour group. This adventurous young woman contacted me a couple of years later saying she wanted to climb Kilimanjaro. She said she didn’t know anyone else who might be “crazy enough” to join her.

This was the first time I had actually thought about Kilimanjaro as a realistic goal. As a mountaineer, I was intrigued by the potential opportunity to bag the most accessible of the seven summits.

I did know that the mountain was a “walk up,” meaning it did not require any technical climbing skills to summit. The altitude is the thing that makes this mountain worthy of respect and worthy of the effort. It would require training to hone the mental and physical stamina to keep going under potentially difficult conditions. In other words, it would be a real, proper adventure.

As we started making firm plans, my Scottish friend got a new job. She was not able to take the time off work to complete the trip. But by then I was totally sold on how amazing this experience would be. I invited my twin sister to join me instead and together we climbed Kilimanjaro.

It lived up to my expectations, and then some.

If you are reading this, you probably are interested in climbing Kilimanjaro. Maybe you thought it was beyond your capability or for some reason out of reach, like some of our authors did. But by looking at the accounts above, you can see that it is very much possible and attainable. Whatever your personal reason may be for attempting the feat, the good people at Peak Planet are ready to guide you when you are ready. We welcome you to join us on the Roof of Africa.