You’ve heard of the Ernest Hemingway short story The Snows of Kilimanjaro.

Maybe you’ve seen photos of people standing on the summit of Mount Kilimanjaro.

But exactly where is Kilimanjaro?

Tanzania is home of Kilimanjaro, but that is not the whole story. Like other mountains such as Mount Everest, which spans across Nepal and China, Mount Kilimanjaro also is located in two countries. While most of the mountain, including the summit, is in Tanzania, the northeastern foothills do fall in Kenya. The border between Tanzania and Kenya runs diagonally from Northwest to Southeast. Mount Kilimanjaro falls very close to halfway down. See the map below. 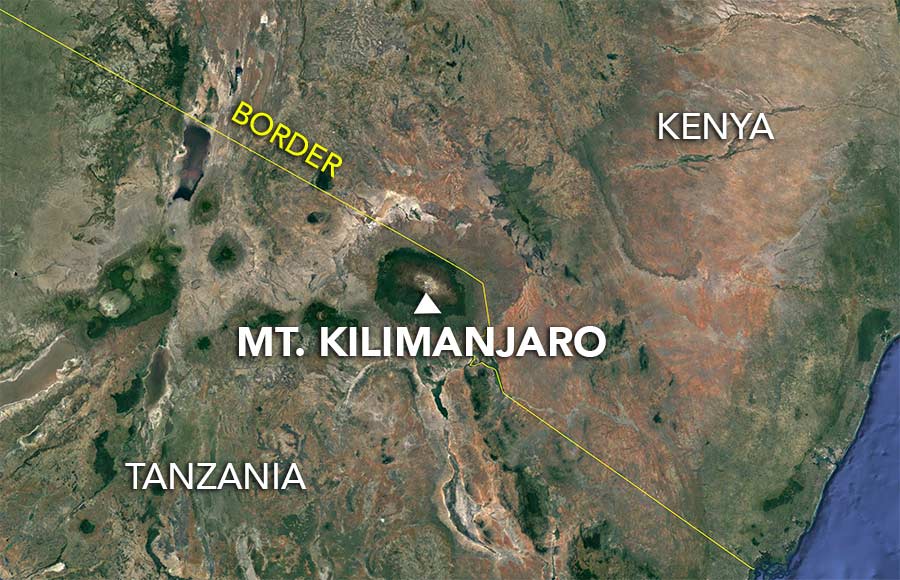 Tanzania is located in the continent of Africa. It is on the east coast and is bordered by eight countries. They are Kenya to the northeast, Uganda to the north, Rwanda, Burundi, and the Democratic Republic of Congo to the west, Zambia to the southwest, and Malawi and Mozambique to the south.

The Indian Ocean is the body of water to the east. 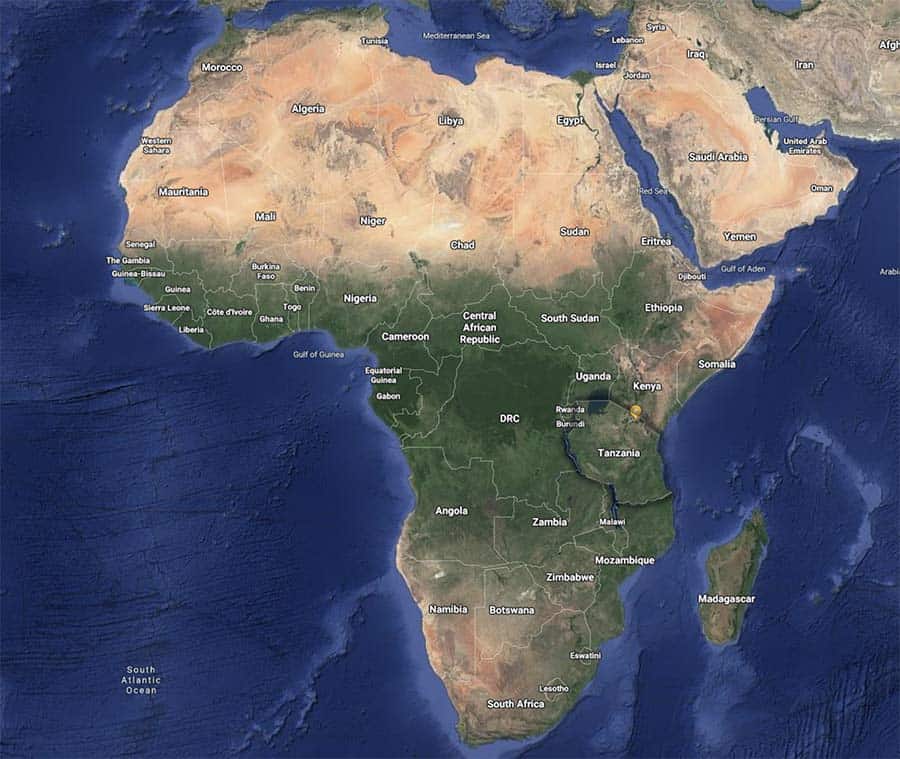 Tanzania is one of the largest countries in Africa. It is about two times larger than California. The country was formed after the Zanzibar revolution in 1963. In 1964, after the revolution, Zanzibar joined the mainland of Tanganyika and became Tanzania.

Zanzibar is now a semi-autonomous region of Tanzania and is composed of the Zanzibar Archipelago. The archipelago is 15-20 miles (25–50 km) off the coast of the mainland, and consists of two large islands and many small ones.

As of 2018, the Tanzanian population is estimated to be 56 million. Over 120 languages are spoken with Swahili being the official language.

Tanzania is considered one of the safest countries in Africa. It has a good infrastructure for tourism. Tanzania is the only country in the world where more than 25% of its land is designated as National Parks and conservation areas. For this reason, more than one million people annually visit Tanzania.

How to Travel to Mount Kilimanjaro

Because of the mountain’s proximity to Kenya, it is also possible to fly into Jomo Kenyata International Airport in Nairobi, Kenya. However, taking this path requires taking a vehicle from Nairobi to Arusha or Moshi, which can take 6-8 hours by bus.