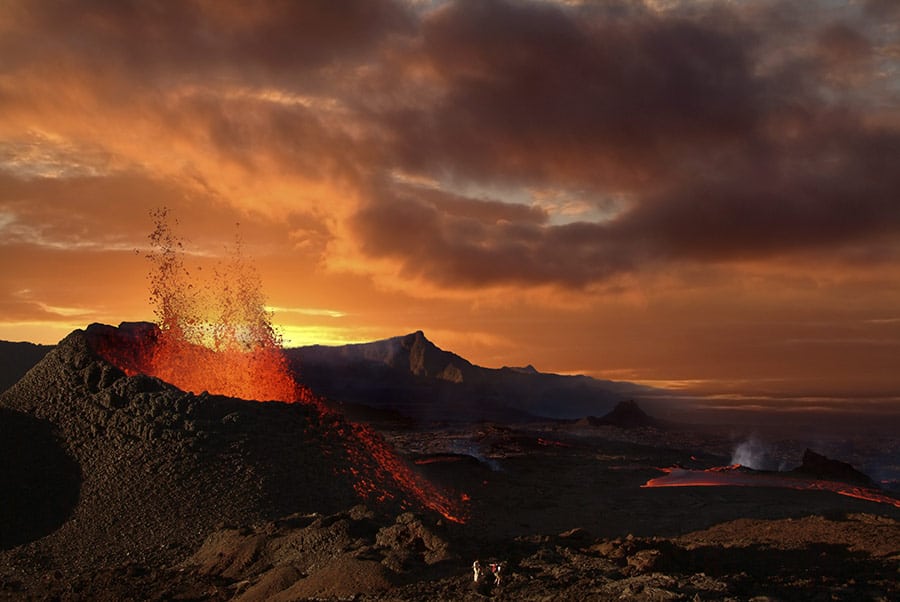 So when is the last time Kilimanjaro erupted? In order to answer that question correctly, we need to look at the mountain itself. Kilimanjaro is actually three volcanic cones. They are Kibo, Mawenzi, and Shira. Of these three cones, Mawenzi and Shira are extinct whereas Kibo is listed as dormant.

What is the difference between extinct and dormant? An extinct volcano means that scientists believe that it is unlikely to erupt again. It also means that it has been more than 10,000 years since its last eruption.

A dormant volcano, on the other hand, may still erupt. When a volcano hasn’t erupted in historical times it is classified as dormant (inactive).

Conversely, if it is erupting frequently then it is classified as active. An example of an extremely active volcano is Pavlof near the end of the Alaskan Peninsula. It has erupted more than 24 times in the last 100 years. Another example is Kilauea on the Big Island of Hawaii.

It is hard to tell. But the fact that it is classified as dormant means there is a possibility of it erupting in the future. An example of a dormant volcano erupting is Mount Vesuvius which destroyed Pompeii. It is actually an extremely active volcano. That has had eight major eruptions in the last 17,000 years. Despite this, it is currently listed as dormant since it has not erupted since 1944.

Is it safe to Climb Kilimanjaro?

Define safe. If having the mountain erupt while you are on it, then yes, it is safe to climb Kilimanjaro. If you are the adventurous type then book a private 12-day Northern Crater climb with us. You will camp in the Crater. From there you can view the Reusch Crater and Ash Pit. Just be cautioned, it is very dangerous to sleep at that elevation (18,900 ft).

Now’s the time to book your adventure of a lifetime.