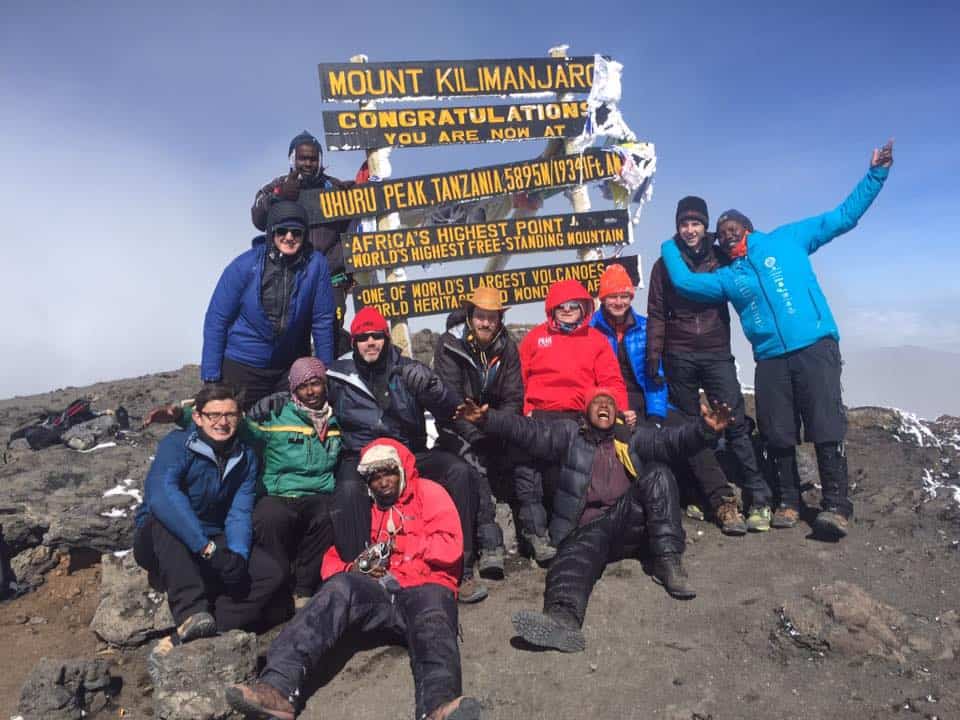 A year ago to the day, husband, father, and friend David Little of Woodward passed away at age 69.

“We got up at 11 p.m. on Christmas Eve and went hiking at midnight,” Little said. “You do that so you can get to the summit around sunrise.”

Nine hours later, the group reached the summit toting David Little’s scout shirt. Dr. Little and his sons submitted the photo to honor a father and grandfather on the anniversary of his passing.

“I wanted to take my father to the top but he couldn’t in his older years and probably wouldn’t have in his younger years,” Little laughed. “It’s pretty hard to do physically and mentally.”

Little described his father as a kind and simple man who cared about everyone.

“My father was unassuming and did not seek wealth nor unwanted attention,” Little said. “His friendship to others was genuine and unscripted.”

Little, a graduate of Woodward High School, credits his father with sparking an adventurous spirit as a child that grew and developed into his adult years.

His father was active in the local scout troop in Woodward as Danny earned the Eagle Scout badge.

“I think it started with watching my dad,” Little said. “He spent a lot of time outside.”

When asked what he thought his father would say about his trek, Little replied, “He would probably say ‘what was all that for?’ or ‘what was that all about?’”

“It’s certainly the hardest and the best thing I’ve ever done,” Little said. “The emotional weight of trying to carry that shirt to the top began to weigh on me but I felt inspired to complete that journey.”

Despite the difficult climb, Little enjoyed the experience and getting to spend some quality time with his sons.

“It’s hard to find time, especially as they’re getting older,” Little said. “It’s getting harder to get everyone together.

Little says he would definitely consider attempting the climb again in the future.

For Little, these moments spent outside help him stay connected with the memory of his father. But it also means something more.

“We all have a limited amount of time on this earth and we never know the expiration date,” Little said. “We all have summits in our lives and we should choose to challenge ourselves. That’s something that is important to me.”

It’s certainly the hardest and the best thing I’ve ever done.”