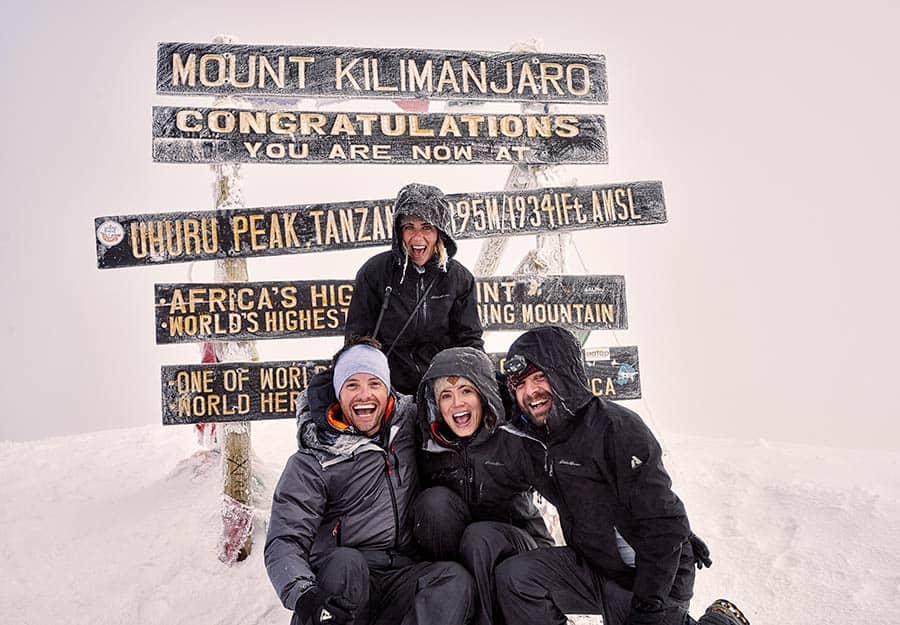 Mandy Moore celebrates with her friends atop Mount Kilimanjaro 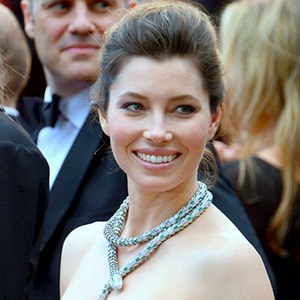 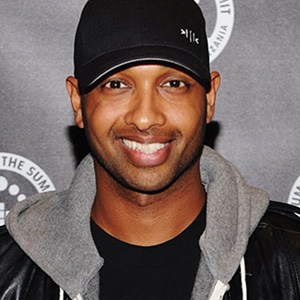 Actress, Jessica Biel summited Kilimanjaro along with Grammy-nominated musician Kenna, and Into the Wild star Emile Hirsch. Kenna was the one who came up with the idea to climb Kilimanjaro. He did it to raise awareness about the global clean-water crisis. The group faced some tough weather and trudged through sleet, snow, rain, and freezing temperatures. Despite the conditions, the entire team made it to the summit, including the documentary team and the 248 porters via a variation of the 7 day Shira route.

The documentary was filmed as a 90 minute special for MTV called Summit on the Summit: Kilimanjaro to raise funds and awareness for the Children’s Safe Drinking Water Program.  While Jessica made it to the summit, she has said that it was one of the hardest things she has ever done and would never attempt it again.

“The temperature was zero degrees and so many people were struggling,” Biel said. 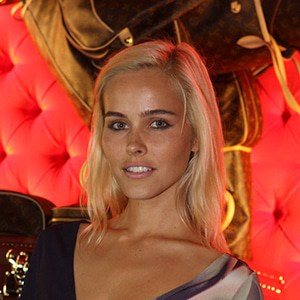 Australian actress and model, Isabel Lucas, also joined Jessica Biel on Kilimanjaro. “It was the most challenging thing, physically, that I’ve done. All of us got altitude sickness, or felt the effects of it, whether it was nausea or headaches or loss of consciousness, even. 19,341 feet is really high, and a lot of us hadn’t experienced that sort of altitude, and you don’t know how your body is going to react,” said Lucas. “I actually didn’t feel the effects until we were on the summit, and then when we were descending, I got quite sick. We had an amazing group of people and they were very helpful and supportive. It was really hard, though. Really.”

Lupe Fiasco, an American rap artist was on the same Kilimanjaro MTV trip with Biel, Lucas and Emile Hirsch

“I guess it was one of the ‘Karate Kid’ moments, you know? I did martial arts for, like, 20 years. My father was a Grand Master for, like, 40 years before he passed. It’s just one of those lessons that we were taught,” laughed Fiasco. “We used to run in the snow barefoot, jump over cars, hang out of trees and do all types of crazy stuff, and that was just part of the training, to understand that it’s you versus yourself. The terrain is always going to exist, it’s always going to be there, and it’s whether you are capable enough to go through it. … Just some little mysticism right there, a little bit of that karate magic to keep the mind going,” he continued. 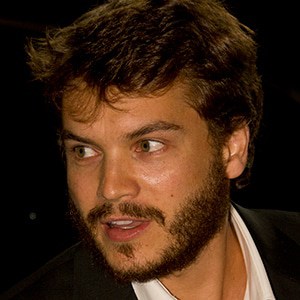 Emile Hirsch is best known for playing the adventure-seeking Christopher McCandless in the Sean Penn-directed film Into the Wild. This fact was not lost on Hirsch as he ascended Mount Kilimanjaro in January. He realized his outdoorsy cred could take a serious beating if he failed to reach the Kilimanjaro’s summit. Especially if Jessica Biel, Isabel Lucas, and Lupe Fiasco, who joined him on the climb, beat him to the top.

“The way I got involved is that I was friends with Isabel Lucas, and I called her when she was working on a movie in Michigan. She told me all about this climb. I said, ‘Wow, that sounds amazing,’” said Hirsch. “Isabel’s very sweet: she didn’t make climbing Kilimanjaro sound very scary or hard. And I didn’t actually know that much about Kilimanjaro up to that point. So it sounded like this almost glorified hippie hike. It could have been a hill to me for all I knew at that exact moment.” 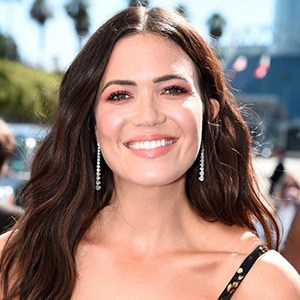 During her spring break from shooting This is Us, American singer-songwriter and actress, Mandy Moore flew to Africa and climbed Mount Kilimanjaro.

She described it as “one of the most rewarding and challenging experiences of my life.”  and continues by saying that she fulfilled a dream that she has had since she was 18 years old – that is to climb Kilimanjaro.

After her life-changing Kilimanjaro climb in 2018, Moore has continued her love of adventure by trekking to the basecamp of Everest 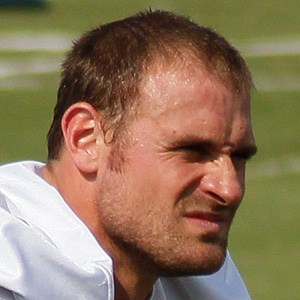 Retired Philadelphia Eagle, Chris Long, has climbed Mountain Kilimanjaro several times starting in 2013 for his charity Conquering Kili which aims to help with the water crisis in Tanzania. He has brought several former and current athletes and military veterans with him. Some of the former athletes include Steven Jackson, Tom Santi, Vince Young, MMA fighter Justin Wren, and Haloti Ngata. 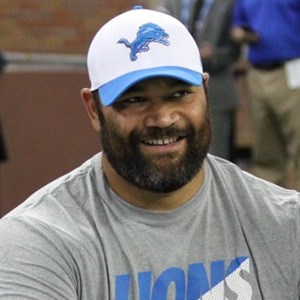 NFL defensive lineman Haloti Ngata joined Chris Long on Kilimanjaro in 2019. While at the summit, he announced his retirement. The former Baltimore Ravens defensive lineman decided to hang up his cleats after 13 years in the league, which also included stints with the Philadelphia Eagles and Detroit Lions.

The 35-year-old Ngata revealed his retirement through the Instagram video seen here.

“Just a man standing on top of the world with a heart full of gratitude,” Ngata wrote.  “Thank you, Lord, for letting me play the game I love for 13 unforgettable years. I’m retiring on top. I might be finished playing football, but I’m holding tight to the friendships, memories, and wisdom I’ve gained along the way.” 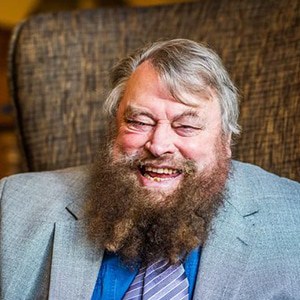 Actor Brian Blessed maybe the first to climb Kilimanjaro as a celebrity. He did it in 1988. It is, however, his other adventurous exploits that have garnered him fame and attention. Mountain men is a recognized name to call people who love the backcountry. However, Brian Blessed is in a class of his own. He has affectionately been crowned “Man-Mountain”. The actor has attempted Mount Everest three times. In 1993 he got within 1,000 feet of the summit. Blessed has also climbed Aconcagua and is the oldest man to hike to the North Magnetic Pole. He has also survived a plane crash into the Amazon.

He and his daughter, Cathie climbed Mount Kilimanjaro together.

“It was a great success: she did very well and got to the summit, although she became quite ill with the altitude and lack of oxygen, so I had to give her lots of aspirin and water. We got on marvelously nevertheless.” 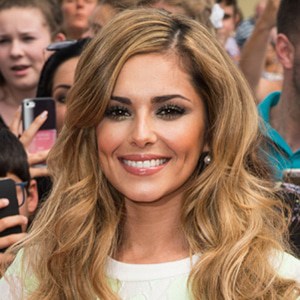 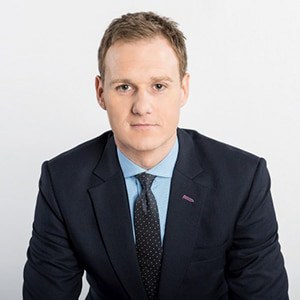 Several British comedians, TV personalities, and artists have climbed Kilimanjaro both in 2009 and then again in 2019.

Let us know if you know of any other celebrities who have climbed to the Roof of Africa and we’ll add them to the list. 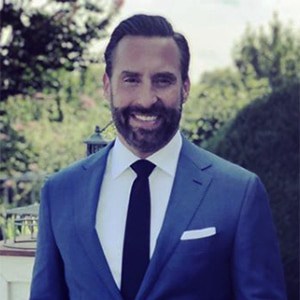 Swain climbed Kilimanjaro with Peak Planet in January 2020, He is best know for being the first winner of the show Amazing Race. While competing on Amazing Race, he he traveled over 45,000 miles to nine countries on four continents, Brennan has, among other trips, surfed in Bali, Mexico, Brazil, Panama and Hawaii, worked at an orphanage in India, scuba dived the Turks & Caicos Islands, twice completed the Cannonball One Lap of America and adventure raced in the U.S., Malta and France.  In the adventure races, televised on the Versus network, Brennan had to work in a team of four while completing grueling legs in mountain biking, trail running and paddling, among other events. Brennan’s team took home the first place prize in the 2006 US Challenge.

He has also traveled throughout the television landscape as a field reporter for a number of popular culture programs including Extra, On Air with Ryan Seacrest and Hollywood Heat, has made appearances on The Rosie O’Donnell Show, Access Hollywood, Reality Remix and The Early Show.

And finally, if you know of any celebrities we missed, email us and let us know. Share this list with your friends, maybe it’ll inspire you or your friends to climb. If so, start your booking process below.

Start the booking process by following the button below.